The Case of the “Stubborn” Dog

Have you ever been in a situation where your dog, for no apparent reason, stops doing a behaviour that he or she has been doing really well in the past?  Is your dog being stubborn?  Is he trying to “dominate” you?  Has he forgotten his training?  Or does the answer originate with you, the handler?

When you require your dog to perform a task the sequence is to give the dog a CUE which is followed by the BEHAVIOUR which you asked for followed by a CONSEQUENCE.  A cue is the “green light” that tells the dog it’s time to do a behaviour. A cue can be anything that the animal can perceive: verbal, visual, environmental, a scent, a sound, or a touch. A cue can be trained—the word “down” is a common verbal cue that means “lie down on the ground.”  Or, a cue can simply be learned from association—when I open the lid of the treat jar in no time I am surrounded by dogs with sad, starving dog faces so I will give them a biscuit.

As Karen Pryor describes in her book, “Reaching the Animal Mind”, a poisoned cue occurs when a dog associates unpleasant things with a cue. Because of these unpleasant associations, the dog will either hesitate to perform the behaviour or not do it at all. We humans think of unpleasant as a reprimand or scolding, or painful, like a jerk on a check chain. But what we think is unpleasant and what the dog thinks is unpleasant are often different. A slight tug on the leash, pulling on our dog’s collar, leaning over the dog, or even a pat on the head, can all be unpleasant – for the dog.

Poisoned cues are more common than you think and are often the culprit when a dog is thought to be stubborn. 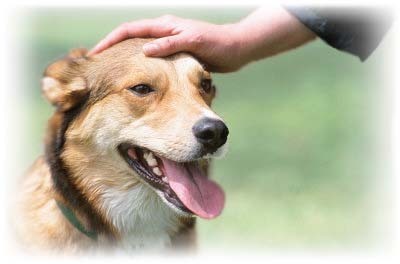 So, before you label your dog as being stubborn, look at yourself and your behavior.  You might be inadvertently poisoning your cues.

This entry was posted on Wednesday, June 22nd, 2016 at 12:13 pm and is filed under General, Problem Solving. You can follow any responses to this entry through the RSS 2.0 feed. You can leave a response, or trackback from your own site.